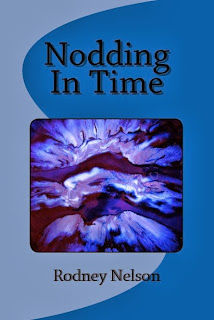 Rodney Nelson's work began appearing in mainstream journals long ago; but he turned to fiction and did not write a poem for twenty-two years, restarting in the 2000s.  So he is both older and "new."  See his page in the Poets & Writers directory (http://www.pw.org/content/rodney_nelson)﻿ for a notion of the publishing history.  He has worked as a copy editor in the Southwest and now lives in the northern Great Plains.  Recenlty, his poem "One Winter" won a Poetry Kit Award for 2011 (U.K.); it had appeared in Symmetry Pebbles.  His "Upstream in Idaho" received a Best of Issue Award at the late Neon Beam (also England). The chapbook Metacowboy was published in 2011; another title, In Wait, in November 2012.  Bog Light has just appeared.