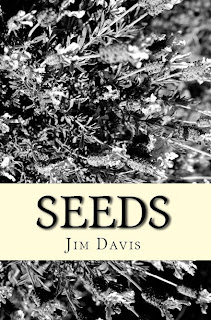 Jim Davis is a graduate of Knox College and now lives, writes, and paints in Chicago, where he edits the North Chicago Review. Jim’s work has appeared in Seneca Review, Blue Mesa Review, Poetry Quarterly, Whitefish Review, The Café Review, and Contemporary American Voices, in addition to winning the Line Zero Poetry Contest, Eye on Life Poetry Prize, and multiple Editor's Choice awards. In addition to the arts, Jim is an international semi-professional football player. www.jimdavispoetry.com

Late All Night Sessions with Charlie "the Bird" Parker and the Members of Birdland, in Take-Three -- Martin Willitts, Jr.

Former Jazz musician, Martin Willitts Jr retired as a MLS Senior Librarian in upstate New York. He is currently tutoring 4th grade students, evaluates Prior Learning Evaluations for SUNY Empire State, a professional Oral Storyteller telling stories from around the world from memory, and he is a “Science Magician” able to throw playing cards into watermelons and bounce eggs. He is a Quaker, healer, and Organic Gardener. He is a visual artist of Victorian and Chinese paper cutouts. He was nominated for 5 Pushcart and 3 Best Of The Net awards.

Martin Willitts Jr has appeared in over 30 anthologies and has been in hundreds of print and online magazines including A Kind Of A Hurricane Press, Big City Lit, Rattle, Flutter, and others. He presented his poetry workshop “Origami Haiku Jumping Frogs” at the 2012 Massachusetts Poetry Festival. He won the prestigious international John Cotton Dana Award for library programs and publicity, and he won it while working at a library of a service area of less than 10,000 populations.

His forthcoming poetry books include “Waiting For The Day To Open Its Wings” (UNBOUND Content, 2013), “Art Is the Impression of an Artist” (Edgar and Lenore's Publishing House, 2013), “City Of Tents” (Crisis Chronicles Press, 2013), "A Is for Aorta" (Seven Circles Press, e-book, 2013), "Swimming In the Ladle of Stars" (Kattywompus Press, 2013), and he is the winner of the inaugural Wild Earth Poetry Contest for his full length collection “Searching For What Is Not There” (Hiraeth Press, 2013).